Given the chance, you’d probably wear the same shoes to a formal occasion as to a relaxed braai, wouldn’t you? To take the schlep out of choosing shoes to wear, here’s a quick guide to matching your shoes to your outfits. 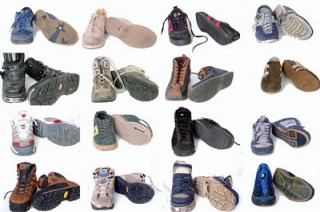 The Sneaker
Sneakers, or takkies as they are more commonly known, are great if you are going to the gym or somewhere very relaxed. They are limited as they work only with jeans and shorts. If you opt for shorts, avoid black socks at all costs! 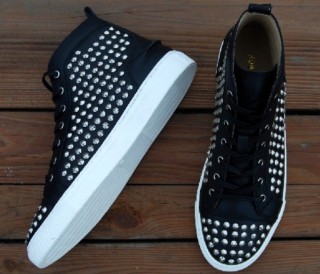 Casual Shoes
These shoes are a little more formal than sneakers and are great for everyday non-athletic events. Jeans and cargo pants suit casual shoes best, but corduroys and khakis are also acceptable. Pick a pair in suede or leather, as they last longer. 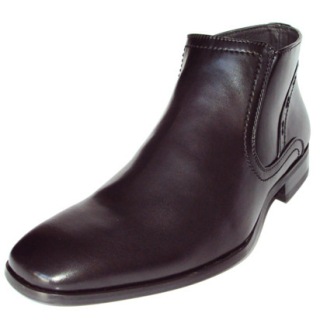 Boots
Boots have the advantage of being suitable for most occasions. Whether it is a business suit or a nice pair of jeans for a night out on the town, boots will complement your outfits nicely. Boots are tough, but require special care as excessive wear can result in leather degradation.

Black Dress Shoe
This particular shoe is designed to be smart and formal. Think strictly corporate attire or weddings. Business suits, especially, go with black leather shoes. These shoes can be either in lace-up or slip-on form.

Sandals
These are suitable for relaxing days at home when paired with shorts and a T-shirt. Wearing sandals means your feet will be open to view, so make sure they’re clean and that your toenails are trimmed.

This article was published on http://www.destinyconnect.com by DAVID DLAMINI 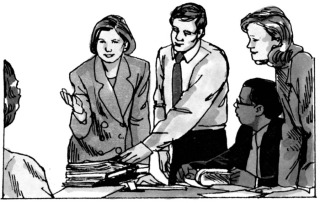 It’s never easy to give employees negative feedback – soften the blow by making your criticism constructive.
Most people are uncomfortable with having to dish out criticism. “It’s often seen as a personal attack, which could damage an individual’s self worth and productivity considerably,” says Sonia Joubert, a registered psychologist, life coach and founder of http://www.thinkingfit.co.za. “Very often, criticism has a greater impact in the workplace than encouragement. It should be the other way round and criticism should be dealt with in the most diplomatic way. The result of this is lowered productivity and perhaps a lowered experience of status, fairness, relatedness and general commitment in the employee.”

The value of constructive criticism

“It’s extremely valuable for employees to be given clear guidelines detailing their job responsibilities,” says Beekrum. “If this is put into place at the outset, then it is gives the employer a baseline to compare the expectations with the actual performance. Employers should also give positive feedback to employees when necessary – if this is done, then employees are more likely to welcome constructive criticism.”

In order for your criticism to be constructive and not demeaning, Joubert says you should take the following steps:
– Make sure that when criticism is given, it’s done as a suggestion rather than an outright, negative demand that could break down the individual.
– Try building your employee up at the same time, without being passive or flattering, by focusing on their strengths.
– Ask questions rather than making accusations, like: “How might we avoid this in future?” rather than “You have failed to…”
– Without anger, explain the consequences of their actions and the effect this has had on your organisation.
– Show confidence that the specific problem can be resolved if you work together and that there are sufficient structures in place to assist the employee.
– Never criticise or confront your employee in front of others. It’s a private matter and needs to be handled as such.
– Get feedback from your employee ensuring that every possible opportunity was given to them to do their work in the best possible way – if not, this may have resulted in their tardy behaviour.
– Be neutral and willing to consider their perspective of the situation. From there, you can work together to resolve the matter at hand.

This article was compiled by Sonja Raath and published on http://www.destinyconnect.com on the 11 April 2011.
The pic was sourced from http://www.a2gov.org

Familiarise yourself with online etiquette, rules and where to draw the line in invading your staff’s privacy.

Throughout the day, members of staff send and receive emails and surf the internet. Most bosses anticipate and understand that not all online activity is work-related. We all know that those personal jokes you share with colleagues and a quick check on Facebook does not constitute work, but do we know what our rights are as far as online activity is concerned? Is our privacy guaranteed?

According to Francis Cronjé, an ICT and data protection law specialist, there are no clear lines that define privacy online: “Various pieces of legislation touch on the subject,” he says. But employees and employers can’t seem to agree. “Obviously employees would feel that in terms of the Constitution and South African Common Law, they have a right to privacy. But on the other hand, employers might argue that their employees would only have a reasonable expectancy of privacy due to the risk that unregulated online activates and communications might pose to the company.”

Amos Khumalo, Director of Amos Khumalo Attorneys, who specialise in information technology law, says that while employees are entitled to online freedom, they have a duty to keep it clean. “Employees are entitled to online freedom as long as they do not do anything that is inconsistent with the limitations set out in the employer’s Information Technology Policies or Disciplinary Procedure and code; and where the amount of time taken up by such permitted online activity is not excessive,” says Khumalo.

But what are the rules?

She warns that companies face the risk of violating an employee’s right to privacy where the employer has not followed the proper procedures or acquired the consent of the employee as required.

This article was written by Gugu Maduna and published on DESTINYCONNECT.COM on 24 January 2011 02:28 PM

As an entrepreneur in the 21st Century i think it important to be in touch with everyone on go and with the latest trends being the tablets lets take a look at a Blackberry Playbook.

Taking a look at the trend of the past months, it seems that most mobile phone developers are not just producing mobile phones but also tablets. Since there are lots of new tablets in the market, we can’t help but ask if the new Blackberry Playbook can emerge on top.

After launching the successful Blackberry smartphone, Research in Motion (RIM) is finally here to try and break even the tablet market with its new Blackberry Playbook. Let’s seek if RIM has what it takes to compete.

Display
Starting off, the Blackberry Playbook has a seven-inch LCD with 1024 x 600 screen resolution. Just by looking at it, it seems that the screen looks small because of the small bezel surrounding it. The screen is a capacitive touch screen that supports both multi-touch and gesture like pinching.

Operating System
The release of the Android 3.0 may have caused a great fuss but RIM didn’t bother using it. Instead, the Playbook runs Blackberry OS an operating system similar to the one used on Blackberry phones. Blackberry Tablet OS supports symmetric multiprocessing with great multitasking capabilities. Play a game and a video at the same time and you won’t notice any problem with the device.

Processor
Playbook is packed with a dual-core processor, a 1GHz Cortex A9 and currently has 1 GB of RAM. Hence, you can switch from one application to another smoothly without experiencing any lag. This device could have been better if it adopted a 1.2 or 1.4 GHz processor just like the other competing tablets but still the 1GHZ processor is comparable to Motorola’s Xoom and IPad2.

The Playbook also comes with two HD cameras, one found in front and one found at the back. The front-facing camera sports a stunning 3 MP lens while the rear-facing camera sports a 5 MP lens. This shows that whatever camera you use, you are sure that you are to get remarkably decent pictures.
Video taking is a feature that the Playbook can also be proud off. Just like competing tablets, this can also play 1080p HD videos in full without worrying about missing some parts because watching with this gadget is as smooth as you can imagine. If you want to switch to a larger screen, just connect the mini-HDMI connection and you’re ready to go.

Another interesting feature is the fact that it can play two or more HD videos at once. All you need to do is to swipe the screen to open the media menu and select the other video you wish to watch. Just make sure you ‘pause’ the first video because it will continue playing if you don’t. In the video menu, you will find the thumbnails of both videos you opened playing concurrently without showing any lag.

Memory
The Playbook comes with three different versions. One with 16 GB internal memory and the two other versions are armed with 32 GB and 64 GB internal memory respectively. Memory is shared which means that you can have the entire memory dedicated only for apps or for games or for both. Battery life is likewise not disappointing because it can last up to 8 hours.

Carrying the Playbook won’t also be a burden. It is 10 mm thick and it weighs at around 400g. Surely, you will find it comfortable carrying it around; In fact, it can fit perfectly in your coat pocket.

Conclusion
Overall, this device is indeed mind-blowing. RIM went off with a good start as it was able to provide an amazing device that can outshine almost any of the tablets out in the market. With all the great features revealed, I can finally say that RIM has what it takes to break even the tablet industry.

Below Its a Comparison of Blackberry PlayBook vs Apple Ipad.

This was a Guest Post on http://techpp.com/ by Alex. Alex is a tablet enthusiast and although he feels that Playbook is a great tablet, it’s not good enough to replace his android tablet. Do you agree with him?